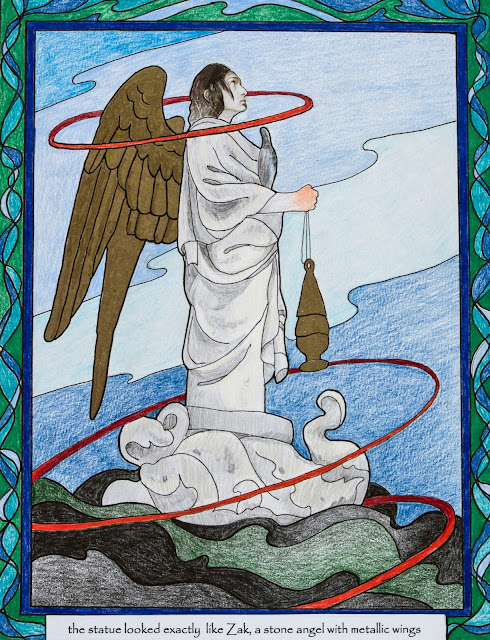 "Zoe, are you in here?" he said as he entered the kitchen. Obviously not, he thought and returned to the dining room. "Zoe, where are you?" He slowly went through the house, even into her bedroom but found nothing. "Must have popped out for a moment," he muttered to himself and sat on one of the couches in the living room and waited. He stared out at the Grand Canal through the windows and watched wisps of clouds float over the marvelous marble buildings across the waters. He watched several men on the docks directly across from Zoe's house, readying a boat to launch. He thought how cool it would be to live in Venice and travel that way all the time, but then his mind went back to wondering where Zoe had gone this early in the morning.

He sat there by himself as patiently as a young teenager could and thought about their canal adventure that awaited him. Then he noticed a white marble statue in the courtyard that he knew he had not seen before. It was a statue of a figure standing next to several tall junipers on the second tier down from the house. As he stood up to get a better look, a slow tingling sensation spontaneously rippled over his arms and vibrated into his body. He quickly turned around in a circle to see if anyone else was in the room then made a mad dash outside and sprinted towards the statue. He was about ten feet away from the marble figure when he came to an abrupt halt. Even though he viewed it from behind, he knew what the statue was. She stood in a familiar stance he had gotten used to seeing her in, with both hands clutched behind her, her head raised high and noble. He walked around to view it from the front and tears immediately sprang to his eyes.  It was Zoe, white and frozen in time. "Zoe," he whispered.

When he realized the full impact of such a spell, he spun in a circle again, viewing everything in sight in one continuous glance. He knew it was the work of the Dreier. "I must go," he said to himself and instantly vanished from the place.
Posted by Unknown at 12:29 PM No comments:

Full Circle Book Store, the greatest locally owned bookstore in Oklahoma City, is now well stocked will all my books...go check it out.
Posted by Unknown at 9:22 AM No comments: 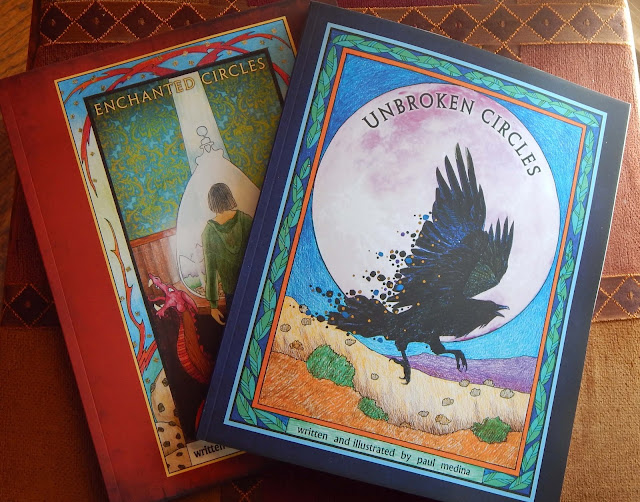 Got a call from FULL CIRCLE BOOK STORE here in Oklahoma City, sold out of both of my books today, taking new shipment up in a few hours, Thanks everyone!!!
enchantedcirclesseries.com
Posted by Unknown at 12:26 PM No comments: 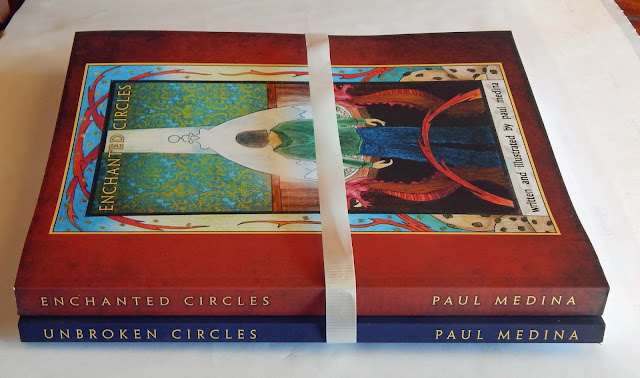 You can get both of the first two novels of the Enchanted Circles Series for under $20.00 at Full Circle Book Store and JRB at the Elms Gallery in Oklahoma City and on amazon.com
Good, cheap book entertainment and helping support local artists as well. Thanks for the support.
Posted by Unknown at 1:55 PM No comments: